User’s IP traffic over U-plane is transmitted over PDCP layer in Uu Interface as shown in Figure 1. Real user data traffic can be very complex and unpredictable, but it is crucial to test these conditions before starting the services. With the optional Application Layer Testing feature on Artiza LTE Tester, LTE service provider has the ability to generate application traffic such as voice, data, and video, from UE-SIM through the entire network nodes to application server at the end. This powerful Application Layer Testing feature can be used as one of the final acceptance test. 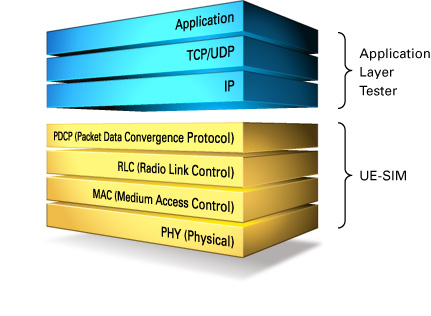 Artiza's UE Simulator can be connected with legacy IP testers by Ethernet interface for Application Layer Testing as shown in Figure 2. UE-SIM has great flexibility to control the external testers in precise timings. Scripting to control the IP tester can be embedded into any C-plane state in test sequences. In this way, existing resources can be fully utilized to extend the functionalities of UE-SIM. 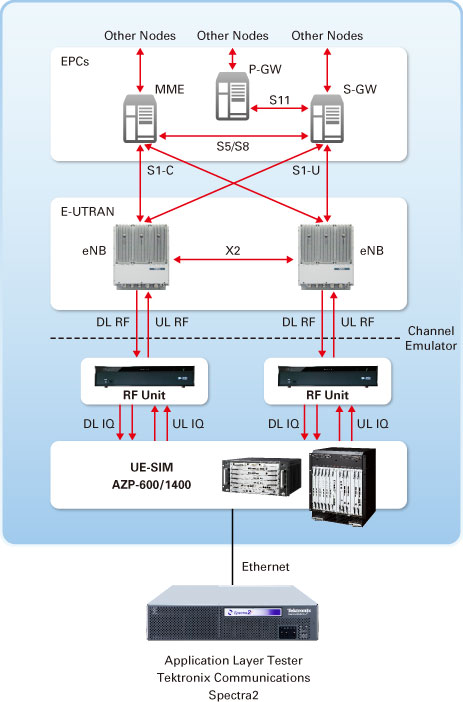